will host West Ham United at the Etihad Stadium in the 26 th week of the Premier League match, Saturday (27/2/2021) night WIB. Carrying out this duel, The Citizens will not relax their spirits in order to continue to win.

Last week, City beat Arsenal 1-0, through Raheem Sterling’s lone goal. After that, Pep Guardiola’s men beat hosts Borussia Monchengladbach in the first leg of the Champions League last-16 with a score of 2-0, through goals by Bernardo Silva and Gabriel Jesus. 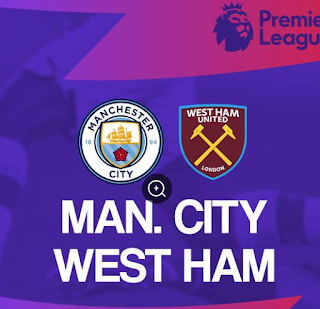 With this nick, Manchester City have always won in the last 19 games in all competitions. Against West Ham, Man City are determined to post their 20th straight win, while also cementing their place at the top of the Premier League standings.

At present, Manchester City has gained 59 points from 25 games. They are up to 14 points ahead of fourth-placed West Ham United.

City are favourites to win in this duel. However, they must not let their guard down, let alone look at West Ham one-sidedly. From the position in the standings, Manchester City can certainly see that the team made by David Moyes is very potentially troublesome.

In their last game, West Ham defeated Tottenham Hotspur 2-1 through goals by Michail Antonio and Jesse Lingard. As such, West Ham is unbeaten in its last four Premier League games.

Those two players really have to be watched out for by Manchester City. If they fail to muffle them, City could be in danger of losing points later in the game, and certainly don’t want that to happen.

Statistics and meeting records of the two teams: